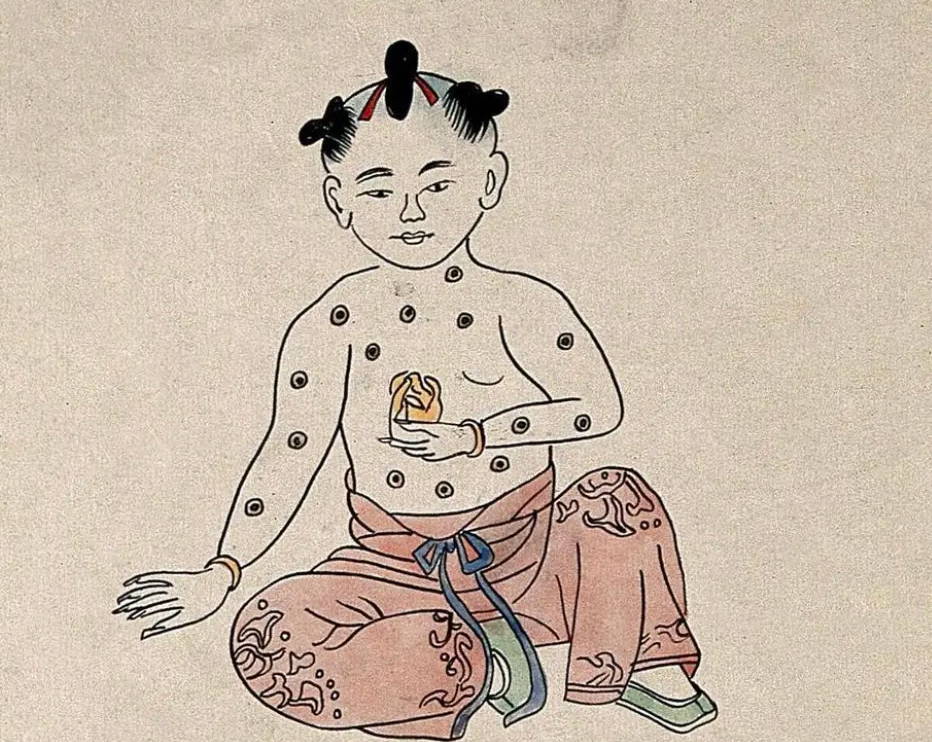 Origin Of Immunization In Ancient China

When I posted about my vaccination last spring, I received a comment asking how I could support both vaccination and Traditional Chinese Medicine. I was stunned—not just by the implication that systems of medicine cannot be practiced synergistically, but by the notion that vaccines somehow went against TCM, a medical system whose core conviction is “prevention is better than cure.” The commenter’s implication is even more astounding considering immunization was first developed by TCM practitioners.

While Edward Jenner (1749–1823) is often credited as the Father of Immunology, for more than a millennium, doctors in China have been preventing diseases through immunization. Early written references to immunization can be traced to the Liao Dynasty (10th century), when the son of a statesman was inoculated against smallpox. (Even earlier, in 303 AD, the doctor Ge Hong wrote in a text to “kill the dog that bites and use its brain to prevent recurrence of rabies.” In 649, Sun Simiao wrote that the most effective method to prevent rabies was to “cover the people with the sick dog's brain.”) 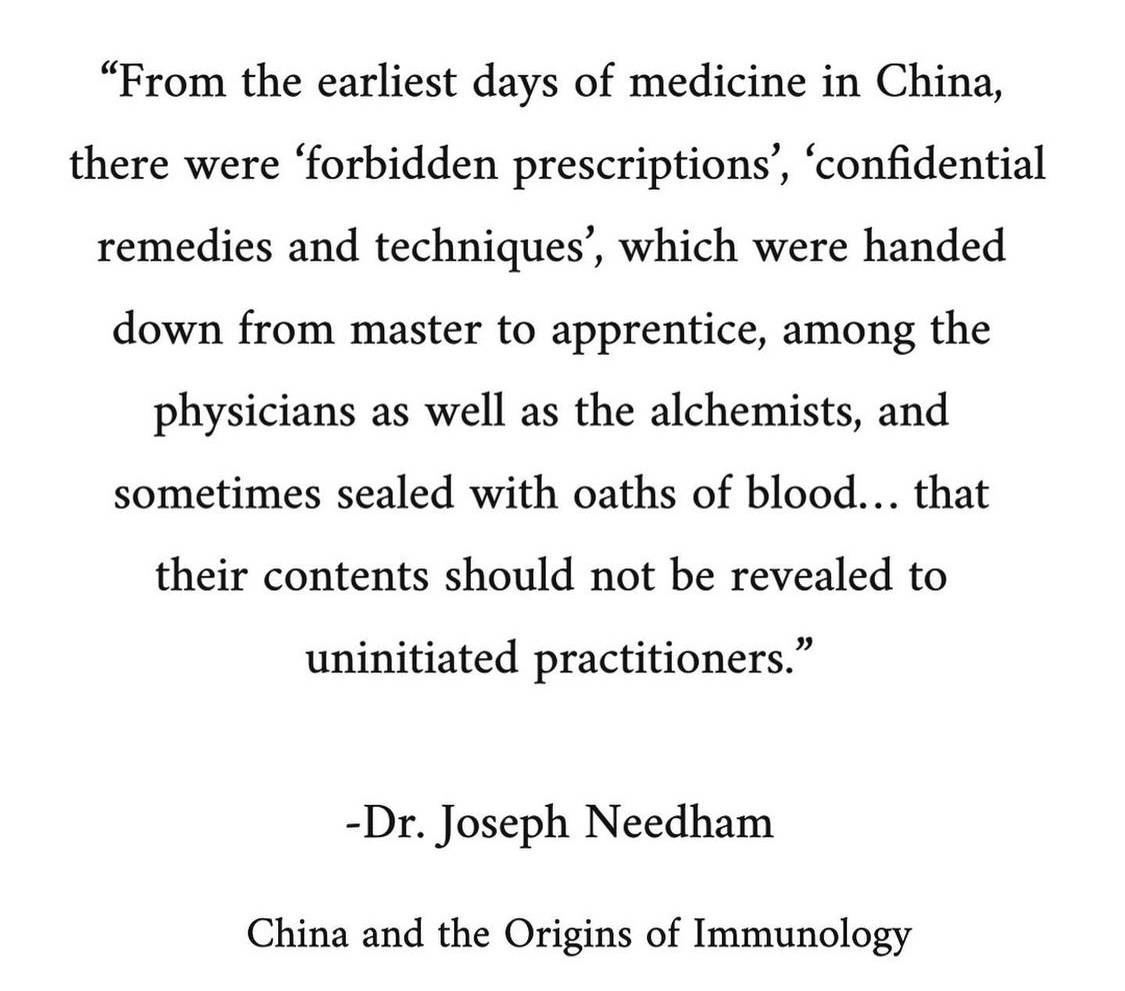 The early Chinese method of inoculation involved blowing or inserting smallpox scabs up the nose. Surviving recipes show that the scabs were first carried at body temperature for a month or exposed to hot steam and herbs to reduce the infectious load. A Chinese medical book published in 1549 even revealed a concern of variolation-induced menstruation. Joseph Needham, a biochemist/historian (and UNESCO cofounder) describes an even older tradition of inoculation, invented around 1000 AD by wandering Taoist healers.

In 1661, the Emperor K’ang succeeded to the throne after his father had died of smallpox. He became an advocate of inoculation, and later boasted that he had inoculated his whole family and his army. He wrote:

“In the beginning, when I had it tested on one or two people, some old women taxed me with extravagance, and spoke very strongly against inoculation. The courage which I summoned up to insist on its practice has saved the lives and health of millions of men. This is an extremely important thing, of which I am very proud.” 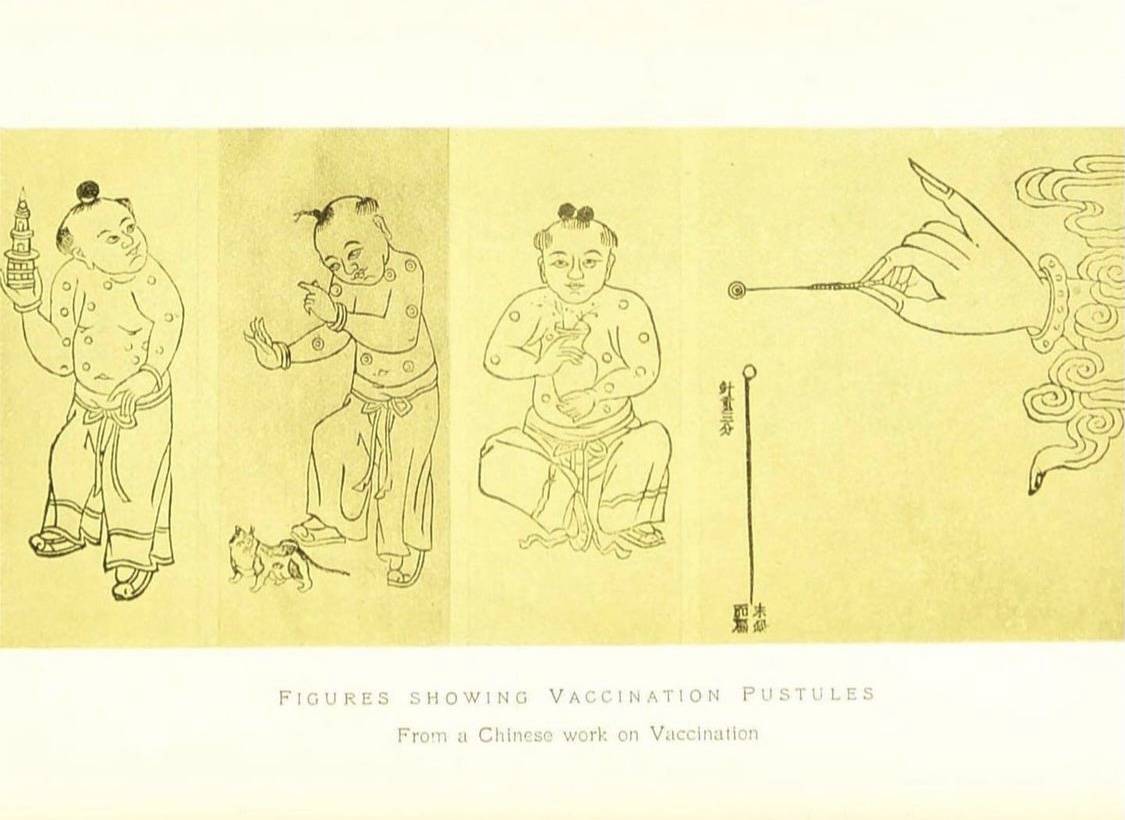